Holland is known for its flat landscape but nonetheless, we have “mountains” (“Mountain” means “Berg” in Dutch).  This blog is about the top four Dutch “mountains”: The Mount of Vaals, Pietersberg, Grebbeberg, and the Duivelsberg. Except for the dunes, which mount up to 38 meters, the West and the North of Holland are completely flat indeed. The North has no dunes. Dams protect the lowlands against the sea. Traveling from Amsterdam to the east and the southeast of the Netherlands the landscape changes. We approach the Dutch mountains. These mountains each played a significant and striking role in the Second World War and offer excellent opportunities for trips into the countryside. Nowadays our mountains are National Parks (Natuurmonumenten). Great places for an outdoor trip.

The Pietersberg is not the highest point in Holland but it is our favorite Dutch mountain. The mountain is part of an Altiplano of marlstone. The ambivalent relationship of the Dutch with mountains is well demonstrated as we approach the Sint- Pietersberg. The Dutch cement company ENCI is deconstructing the mountain. The marl mountain provides Holland with the raw materials needed to produce cement. The company excavated the Altiplano at such high speed that nature conservationists feared that in the future there only would only stay a hole in the ground. And strolling over the Altiplano around the Pietersberg you will discover ponds where today rare vegetation is discovered by divers. The conservationists stopped the deconstruction of the highest Dutch mountain and its plateau to “a certain extend at some point in the future”. The remains of an Altiplano of marl which served as a stone pit for centuries are impressive by Dutch standards, though. Underground there is a vast network of thousands of tunnels stretching out over 150 km. So your effort should not be climbing to the mountaintop but rather descending into the tunnels and reaching the deepest point underneath the mountain.

To descend under the Pietersberg you need a guide. You definitely get lost and you would not survive a trip through the tunnels on your own. It is so dark and the silence is so heavy underground that you would lose your sense of direction as soon as the flashlight of your smartphone goes off. So the tunnels are forbidden territory, but almost every day you can book a guided tour down under the Sint-Pietersberg. You can book tickets for the daily guided tours in different languages. Maastricht Underground

The Dutch Mountains each played their specific role in the Second World War.  The Pietersberg was a depository of Art Treasures during the war. Rembrandt’s painting the “Nachtwacht” was stored there. Moreover, the underground network of tunnels was an ideal hide-out for the citizens of Maastricht during the war. How many people stayed in the mountain is unknown. Rumors go that there were living so many people in the tunnels that they exploited their own underground bakery. There is no proof for that though. But underground we do find a chapel at a point where 5 tunnels cross. 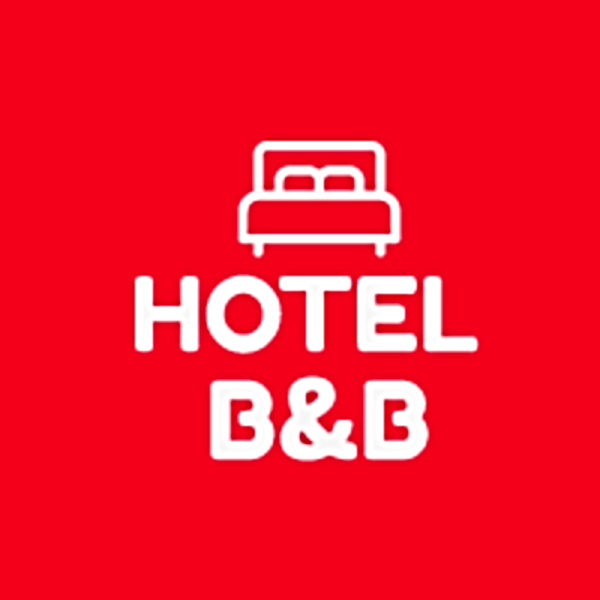 The best hotel to stay near Pietersberg

➔ Book here Botel Hotel
In Maastricht, you can spend the night on the river Maas on a hostel boat named Botel Maastricht. From the hostel boat, you walk along the Maasboulevard straight into the city center where there are lots of nice things to do.

➔ Book here Hotel Social Hub
Another very nice place to stay is in hotel Social Hub. The hotel Social Hub was created in the former Sphinx ceramics factory, overall a great location. In this affordable and attractive hotel, you surely will meet a lot of other travelers. This hotel has a great rooftop and is nominated for the Design (FRAME) Award for Best use of color. Maastricht is a great town to visit, some say it’s the Amsterdam of the south of Holland.

The hill is 52 m high and was significant in the Dutch defense line called “Water Linie”. This defense line starts at the Grebbeberg and stretches out to Amsterdam. The defense line consists of fortified cities (e.g. Naarden) and fortresses. This defense line was created in 1815 and tried to respond to its purpose till 1940. The idea of this defense line was to put the land underwater and defend the passages with fortifications. This defense line could not stop the Germans in 1940. On the 13th of May 1940, a Dutch Military force of 14000 men was defeated on the Grebbeberg by a German Army of 23000 men on a battlefield measuring 4 square kilometers. There was heavy fighting on the Grebbeberg. My uncle served there these days. We – children then – asked him questions about his adventures in the war. But he never really wanted to talk about it. And when we insisted too much to tell us his stories my father would end the conversation and send us away. Maybe my uncle – my father’s eldest brother – was traumatized by his experiences on this battlefield. It was a memory he rather forgot. Nowadays on top of the Grebbeberg, you find the National Military Field of Honor. A war cemetery with the graves of the 423 men who fell in the Battle on the Grebbeberg. On the cemetery is an information center where videos take you back in time to the period between May 11 till May 14 1940 when the Dutch army was defeated. In fact, Holland was overrun by the Germans in 5 days. Germany broke all resistance by bombarding civilian targets. Germans bombarding Rotterdam finally brought the Dutch to their knees.

Dutch Mountains: Things to do on Grebbeberg

1. War monuments
Walking over the Grebbeberg you will come upon monuments of war. Try to imagine over 30.000 men fighting heavily over this hill – measuring 4 square kilometers – on the 11th of May 1940.

2. Zoo Ouwehands Dierenpark.
On the Grebbeberg you find a fine zoo where wolves and bears live in a larger habitat than a cage. Your children will love the playgrounds.

3. Outdoor trip
The Grebbeberg offers a wonderful view of the landscape. Especially the southeast side of the Grebbeberg where the river streams along the plateau are beautiful. Archeological investigations revealed that there were already fortifications at this place 4000 years ago. In 2002 the Grebbeberg was connected to the nature reserve the Blauwe Kamer in the floodplain. This allows the free-living herds of horses and Galloway cattle at high water to reach the safety of the mountain. The Blauwe Kamer is a birding place, here you can see birds like the Lepelaar, Aalscholver, Blauwe Reiger, Visarend, Slobeend, Koekoek, Gierzwaluw, Waterral, Kievit, Grote Zilverreiger, Sperwer, Havik, IJsvogel, Groene Specht, Grote Bonte Specht, Glanskop, Kramsvogel, and Koperwiek.

The best hotel to stay on the Grebbeberg

➔ Book here Hotel ‘t Paviljoen
A very nice rural hotel on the Grebbeberg, near the zoo and in a nature reserve area. The staff is very friendly. The hotel has nice rooms with a view over the woods and breakfast is great.

The Mount of Vaals also called the “Vaalserberg” is the highest peak in the Netherlands. On top of the mountain, you’ll find the triple point (Drielandenpunt) where the frontiers of three nations: Belgium, Germany, and Holland come together. There are lookout towers on the hill with a wide view of the City of Maastricht in the West; the city of Aken to the East in Germany and the lovely Belgian countryside, with its promise of beer and cheese (Voerstreek), in the South.

The Vaalserberg is a tourist attraction. People from all over the world are tempted to visit the place. There is not very much going on there, though. Of course, you can stroll around the woods; have a meal in a restaurant; climb the view towers and make a selfie at the point where the three borders meet. The fascination for this place is a mystery to us. Maybe it’s just magic. We were wondering if lay lines could be crossing underneath border lines as we saw dowsing runners at the spot.

The best hotel to stay on Vaalserberg

➔ Book here Hotel B&B Einrade
The B&B is located in a rural area, near the big city of Maastricht and near the German city of Aken. Great location for long walks and cycling tours. Breaks is very nice and the rooms are very fine.

Devil Mountain is a “natural monument” today where rare plants and animals find a habitat. Since old history, it was a place of great military interest. There was a Roman fortification established 2000 years ago. During the Second World War, there was heavy fighting on Devils Mountain during the operation “Market Garden” also known as the Battle on Arnhem. The Allied lost this battle but this only was postponing an execution. The Germans lost the War a year later. And with their capitulation, Devils Mountain – among many other small pieces of land along the Dutch-German border – became Dutch territory. In 1963 Holland gave the annexed German territories back to Germany except for Devils Mountain. After the war, Holland wanted  42 billion in repair payments from the Germans. And what did we get: Devils Mountain. And that was it. So we better go off to Devils Mountain from time to time to enjoy nature and eat a pancake in the restaurant on the hill. Duivelsbert at the village Berg and Dal.

Hotel ‘t Spijker in Beek-Ubbergen
Great old-style hotel with all the modern facilities of this time. The staff makes you feel more than welcome, the rooms are great and a delicious breakfast. The hotel is located near Duivelsberg and near the city of Nijmegen.
➔ Book here Hotel ‘t Spijker

Egmond is sea, dunes, a ruin, and an Abbey with a great beer

Padel is the fastest-growing sport in the Netherlands

UNESCO World Heritage of the Netherlands

Best Sauna, Spa, And Wellness Resorts In The Netherlands

Top 100 to do in the Netherlands